Meathead Marla and Punky Bruiser were having a nice conversation about toxic wrestling culture… until Dick Flair entered the ring. Irritated, Marla decided to kick his ass. Fighting ensued until Hugh Bris entered, causing a confusion and creating a distraction. After recovering from the confusion, Marla pinned Dick Flair to win. Dick Flair did not take the loss kindly- he ranted and raved before leaving with a menacing “This isn’t over”.

Shitty Wizard and Punky Bruiser ignored Mom’s warning about the Blowweejie Board, and accidentally summoned a Zombie Hot Dog, who is revealed to be Incogneato. Luckily, Mom came back into the ring to fight off Incogneato and save the day.​​

After two Pizza Boys have an epic bottle-smashing battle, Dick Flair returns to the ring again, this time in a “Make Wrestling Manly Again” shirt. After ranting about everything that's wrong with wrestling these days, Hugh Bris interrupts from the audience, and demands a fight with Dick Flair. After an epic match with Hugh Bris, Dick Flair loses yet again after Hugh Bris pins, and is pulled out of the ring by Meathead Marla.

Meathead Marla and Punky Bruiser lure the Bradlees Babes into the ring with their shady Halloween shenanigans. The trap works, and Pammy and Cherill appear to fight Marla and Punky. An epic match ensues. But Cherrill and Pammy get confused, and somehow end up having each other in a hold at the end, with Marla and Punky nowhere to be found. 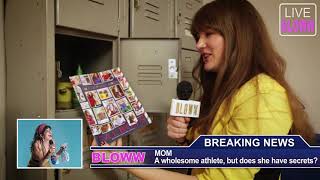